Sokolove Law is a national law firm that started in Boston and has helped people in Massachusetts and all 50 states get access to legal assistance.

Jim Sokolove was a new attorney deeply concerned by injustice in the legal system. Too often, he saw that those who needed legal help the most had the most trouble finding it.

That’s what led Jim to become a personal injury lawyer dedicated to a single mission: to reinvent how people obtain legal services so everyone has equal access to our justice system as well as superior representation within it. You have probably seen his commercials or his well-known advertisements in the Boston Globe.

Founded in Massachusetts in 1979, Sokolove Law has grown into a well-established law firm with locations nationwide and a large legal network. But we haven’t forgotten our roots in New England.

We work to help clients who have been injured through no fault of their own obtain the compensation they deserve. 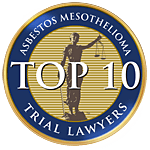 If you or someone you love was harmed by the negligent actions of others in the Commonwealth of Massachusetts, you may have the right to pursue financial compensation through legal action.

Serving Cities All Over Massachusetts

Types of Cases We Focus On

At Sokolove Law’s Massachusetts office and nationwide, we and our partners work to help the injured win the compensation and justice they deserve. Together, we have the knowledge and experience to help you or a loved one obtain the maximum results for your claim. In 40+ years, we’ve secured over $8.5 Billion for our clients.

Mesothelioma is a rare cancer caused by exposure to asbestos. If you or your loved one have been diagnosed with mesothelioma or another asbestos-related disease, you may be eligible to pursue financial compensation. Our Massachusetts mesothelioma law firm has secured over $4.9 Billion for mesothelioma victims and their families nationwide.

Sokolove Law has successfully secured over $741 Million for families of children injured at birth as a result of medical malpractice or negligence by health care professionals during the delivery process.

Elder abuse happens at alarming rates in nursing homes across the country, including Massachusetts. Our law firm has recovered over $223 Million for elders tragically abused and neglected in nursing homes.

If you were injured after taking a prescription or over-the-counter medication, you may be entitled to compensation for your medical expenses and more. Sokolove Law has secured over $1.5 Billion in total successful verdicts and settlements from dangerous drug and medical device companies.

The government’s Social Security Disability Insurance (SSDI) program is supposed to provide you with income when you’re unable to work due to a medical disability. If an injury or illness is keeping you from working, we may be able to help you secure SSDI benefits, even if you’ve been denied before.

See What Your Legal Options Are Get a Free Case Review

We’ve handled cases on behalf of injured clients in Massachusetts since 1979.

At Sokolove Law, our clients are our top priority. Our team will do everything we can to make the legal process easy and comfortable, while we fight on your behalf to secure the results you deserve.

Over the last 40 years, we’ve recovered over $8 Billion in compensation for our injured clients and their families across the country, including the following cases. We helped a Massachusetts man diagnosed with mesothelioma recover $9.3 Million after being exposed to asbestos in the U.S. Navy. We helped a family from Massachusetts obtain $600,000 after their loved one was neglected in a nursing home. We helped a family from Massachusetts obtain a $4.5 Million verdict after their child was injured at birth. Video Summary: In this video, Dennis, a Sokolove Law client, talks about his experience working with our firm. View Transcript. Video Summary: In this video, Walter, a Sokolove Law client, talks about his experience working with Sokolove Law. View Transcript.

He said, “you have all your paperwork in order?” I said, “Yes I do.” He said, “Well, Keep it there” Nobody ever said anything, about it being dangerous. The powers of being new, I said, “Well, heck with this noise, they’re gonna hear from me.” I wasn’t suing the government, I wasn’t suing the U.S. Navy, I was suing the manufacturer. If you or a loved one has been diagnosed with Mesothelioma, you may be entitled to compensation.

We Fight for Innocent Victims Diagnosed with Mesothelioma

We Make It EASY

If we determine you have a case, a member of our legal team can fly to you and discuss your case from your home or hospital room. You don’t have to set foot in court if you don’t want to. Everything is done in a way that allows you to focus on your health and recovery.

We Make It FAST

We know the strain mesothelioma can have on your family and your finances. That’s why most of our cases settle out of court — so that you can get the results you need as soon as possible. Many of our past clients have started to receive compensation in as few as 90 days.

If you are a U.S. Veteran, thank you for your service. We have Massachusetts-based attorneys on staff who are accredited by the VA and can help you receive all of the benefits you qualify for. Our Veteran Support Team has served thousands of veterans and would be honored to serve you too.

Ready to Speak with a Legal Representative in Massachusetts?
Call our Boston Office (855) 530-2078
Get a Free Case Review Get Started

What to Know About the Exactech® Knee, Ankle, and Hip Replacement Device Recall